If you could spend the next year as someone radically different from the current “you” — a member of a different species, someone from a different gender or generation, etc. — who would you choose to be? 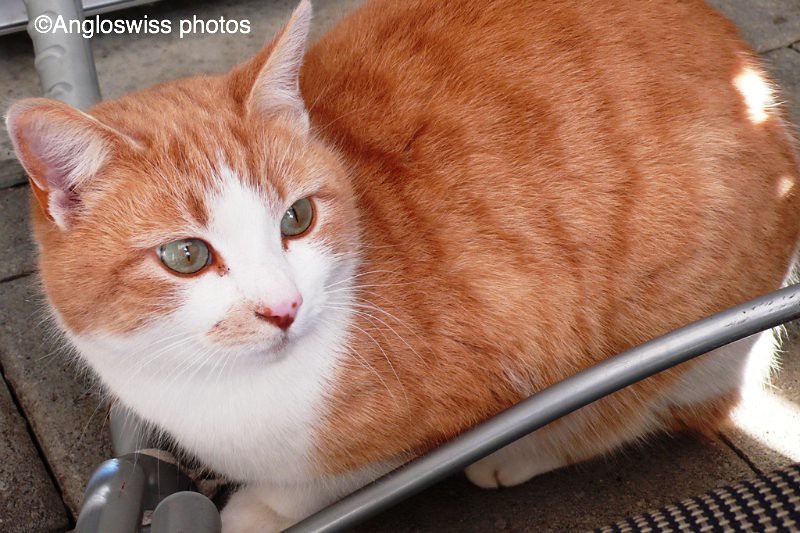 “No Mrs. Human, definitely not that ginger freak from next door. He thinks he owns the place*

“But Tabby, he has a beautiful fur, such a wonderful colour.”

“I don’t care if he has silver whiskers and diamonds in his ears. I do not like Roschti and he does not like me. Only yesterday we had a small disagreement.”

“It sounded more like a major quarrel Tabby. What was the problem.”

“He walked into my territory: MY territory, making footprints in the snow. Our eyes met and we exchanged a few negative signals. He meowed “get out of the way, this is my land” and I hissed back “no way, I was here first” and then we exchanged paws. Those ginger cats think they are something special. I am a Tabby cat, an original with the MacDonalds “M” on my forehead.”

“And I had to come to your rescue Tabby. You were cowering next to the window growling and Roschti was hissing and preparing for a fight. Why can’t you felines be more friendly with each other. There is enough space in the garden for both of you.”

“Mrs. Human, you do not understand the territorial rights of a feline. I was here first, each tree, leaf and flower has my scent sprayed on it and now and again I allow Fluffy, my fellow feline lodger, to spray a little. He is a tom and they somehow have to make a performance of spraying. Roschti was intervening and was getting ready to spray, so I gave him a hiss and then you arrived and spoilt the party.”

“Tabby you both were making such a noise that I had to come to your rescue otherwise Roschti would have probably taken a few bites of your fur.”

“That was the problem. We felines collect fur samples like humans collect stamps or money. We are respected for our fur collection. I do not have any ginger fur samples, but Roschti already has a few samples of my wonderful original and unique Tabby fur.”

“So you started the disagreement?”

“Not really, all I did was to grab a sample of his fur as he walked by and then he turned and was going to pounce and then you arrived.”

“Oh, I see, and where is the ginger fur sample?”

“In a safe place, I am saving it. When I have enough I will weave it into a ginger fur coat.”

“But I thought you do not like ginger felines.”

“I don’t, but I would then be respected by all the felines in the neighbourhood and Roschti would realise that I am the boss.”

Somehow I do to understand feline logic, but they probably do not understand human logic.

Daily Prompt: New Skin – no it was fur