Create a new word and explain its meaning and etymology. 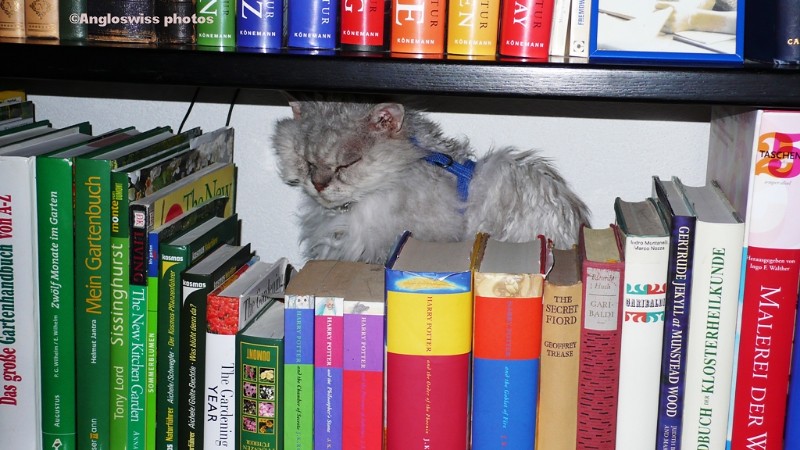 “Fluffy what are you doing behind those books?”

“Tabby I am searching for a new word in Meow. That is today’s feline daily prompt.”

“Those prompts cannot always be transferred into meow.”

“What do you mean Tabby?”

“Simple, since when do we have words like those humans. We are superior, we are gods and do not need such inferior things as words. We have sounds, mostly only detectable by the feline ear and sounds cannot be conveyed in words.”

“Are you sure Tabby? What about “Hisss” or “Grrrr””

“Great and what does that mean.”

“Perhaps it is when I eat tuna fish.”

“No, that doesn’t work. We do not make noises when we are eating.”

“No Fluffy, you are munching and not multi tasking. What about “Eeeeee”?”

“Sounds stupid in any case, but only a subordinate canine with its obedience tick could come up with something like that.”

“But that is not new, the humans are always telling us no.”

“We have to practice Fluffy, but we can do it. Think about it. It would be new in Meow, Imagine the look on those human faces when they tell us we are going to see uncle doc, the vet and we meow “No”.”

“Yes Fluffy sounds good. I can already hear Mrs. Human running to see what’s wrong. That is always good when she reacts.”

“Oh, nothing Mrs. Human, just practicing a new word – in Meow of course.”