Tell us how your week went by putting together a playlist of  five songs that represent it. 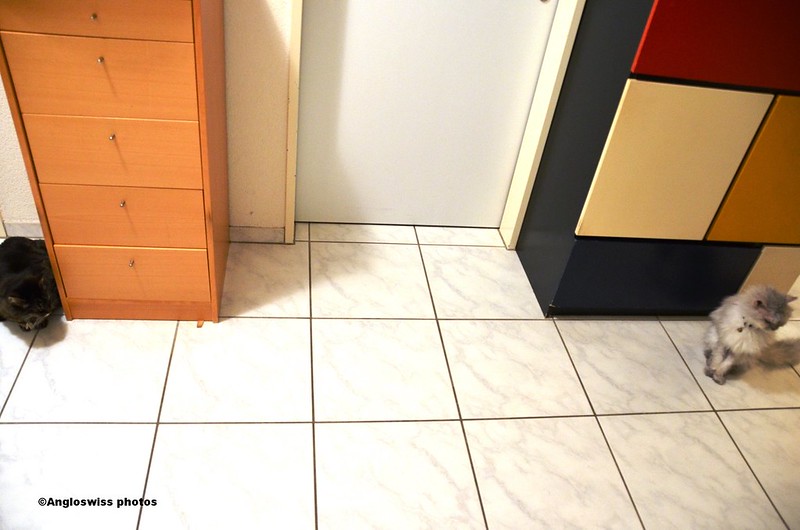 “Felines, I said I wanted a group photo for your feline blog.”

“We heard Mrs. Human, so here we are, ready as you wishes. We even had a super lick wash.”

“But you are not together.”

“Mrs. Human, we do not do together, do we Fluffy.”

“Definitely not Tabby. Group photos do not exists in Meow Mrs. Human. They are more luck than judgement. I need my space.”

“But I had a problem getting you both on the photo.”

“Mrs. Human you will probably be showing this photo to everyone in internet. That means that Roschti, Bubu and all our other feline contacts will see the photo on their pawpads. Just imagine if Fluffy and I were together on the photo, probably with our paws wrapped around each other as you would like it, we would be the laughing stock of the feline community. No self respecting feline would take us seriously and they would definitely find it a sign of weakness, meaning that there would be constant attempts to invade our territory. No definitely not, forget it.”

“Oh, I see. But what about constructing a nice playlist of the week describing how your week went.”

“Huh, Fluffy do you think she is making a sort of human joke?”

“No, Fluffy we do not do play lists. There is something called feline tube, but I have never bothered with it. Who wants to see films of Tom and Jerry, they are old fashioned and the Garfield films still have copyright. They are too new to download.”

“You see Mrs. Human there will be no play list of the week and we do not have moods. We are all the same deep down, just a constant fight to maintain our nine lives.”

“That sounds very philosophical Fluffy, so no play list felines.”