Think about what you wanted to accomplish last week. Did you? What are the things that hold you back from doing everything you’d like to do? 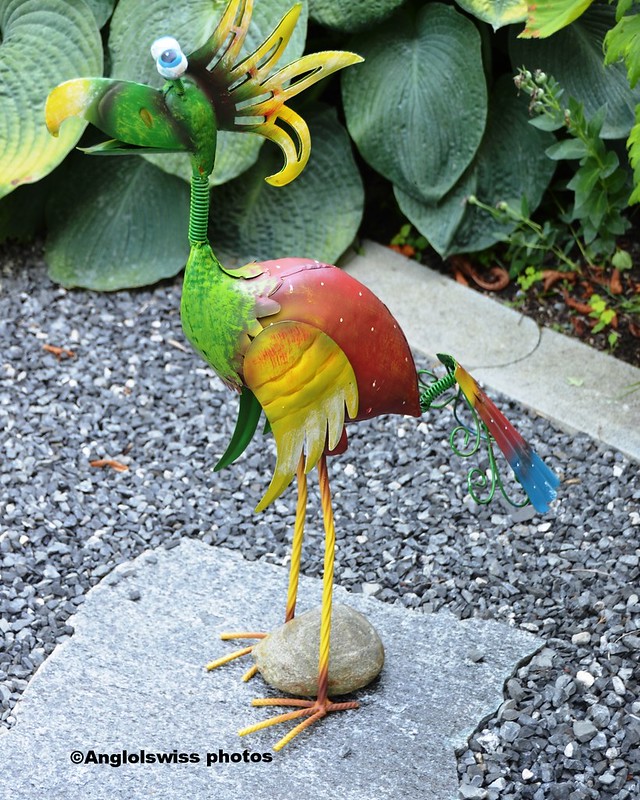 “No way am I going into the front garden.”

“For once be glad you cannot see. Mrs. Human put a monster in the garden.It’s all green and red and yellow and its eyes are on stalks.”

“Can we eat it Tabby? Does it smell like tuna fish.”

“Fluffy, you really do not want to know. Its neck moves and so does its tail. It does not have a smell and non smelling creatures are always suspicious.”

“Perhaps we could make friends with it. It might be feeling lonely all on its own.”

“Fluffy, if you want to be friends with it, then be my guest.”

“But Mrs. Human does not let me out into the front garden. I would have to escape and she does not like it when I escape. She thinks I might lose the way. Can’t you try to make contact. Perhaps it is waiting for you to make the first contact.”

“Fluffy I do not have a death wish and have no longing to be the first feline that makes contact with an extra terrestrial that is probably longing to discover if I am tasty or not.”

“But you could write all about it on your Pawbook page. “Today I met a monster in the garden from another planet. Has any other feline ever seen one in his territory. Any advice appreciated.”

“And you think that other felines in Pawbook would let me know?”

“Fluffy it worked. Tiddles from the village said that he also has one in the garden. His Mrs. Human bought it in the local supermarket. It does not breathe or move, so we can assume it does not live. Just a human thing. They like little toys in their garden. He also said I can even give it a push with my paw and it will fall over, although when Tiddles did that his human was annoyed. So it looks like it is just another proof of how silly humans are.”

“Great Tabby, you see Pawbook is the solution to all our problems. What are you writing now?”

“I thought while I was in Pawbook I would just add that I love my mother, my brothers and sisters and my dad.”

“But you don’t know who your dad is.”

“Who knows, perhaps he has a Pawbook page and might read this and we will be reunited.”