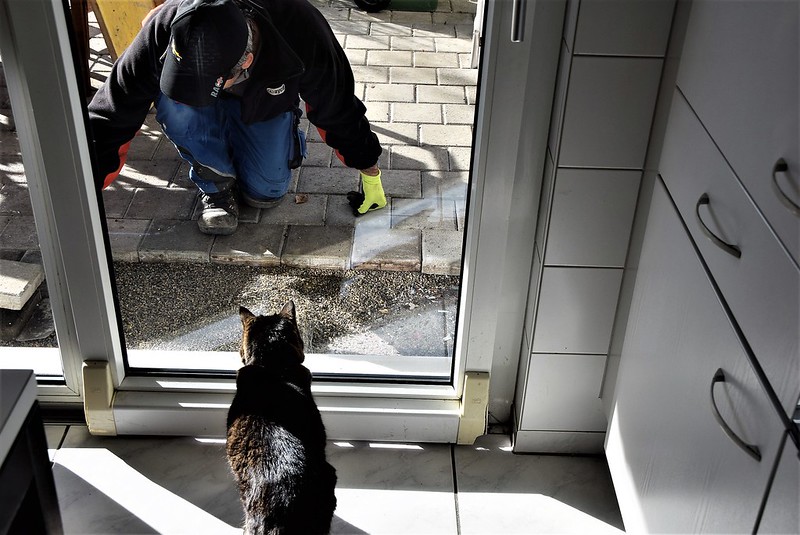 I finally did it. I am on my way to regaining the feline status in the human world. We were worshipped as gods when we arrived on this planet. We were given the best treatment and the humans were our slaves. They even made statues of us and worshipped, but something happed in the meanwhile. The humans began to think, at least that thought they could think. The old customs disappeared and we felines were relegated to pets. Pet! Yes I know, how degrading.

In the meanwhile we are still working on our original values and now look. What do you see. I was sitting at the window and a human was outside. As soon as he saw me he bowed his head.

“Tabby, he was measuring the distance of the tiles outside, it was the gardener.”

“Shhh Mrs. Human. That is a completely false interpretation of his action. He recognised my superiority in this world. He realised that you do not look a feline goddess in the eyes and you remain still until she gives her permission to rise. He was kneeling and making sure he would stay in this position by fixing himself using his opposable thumbs and hands.”

I am glad that this historical moment has been captured by the camera. It is proof that the time for the return of the feline domination is nigh. This is just a beginning.

“Mrs. Human, why are you not on your knees and bowing your head.”

“For the simple reason Tabby, that I am busy opening a tin of tuna fish. The only time I get to my knees for a feline is when I am cleaning out the recycling tray.”

“Which shows that you are learning Mrs. Human.”

“Not exactly Tabby, it is on the floor and I cannot reach it otherwise.”

Somehow I think Mrs. Human has not got the hang of feline dominance yet, but she will learn. And now the man has left me without asking for my permission to go.

“Tabby, he has finished his job and his work is finished for today.”