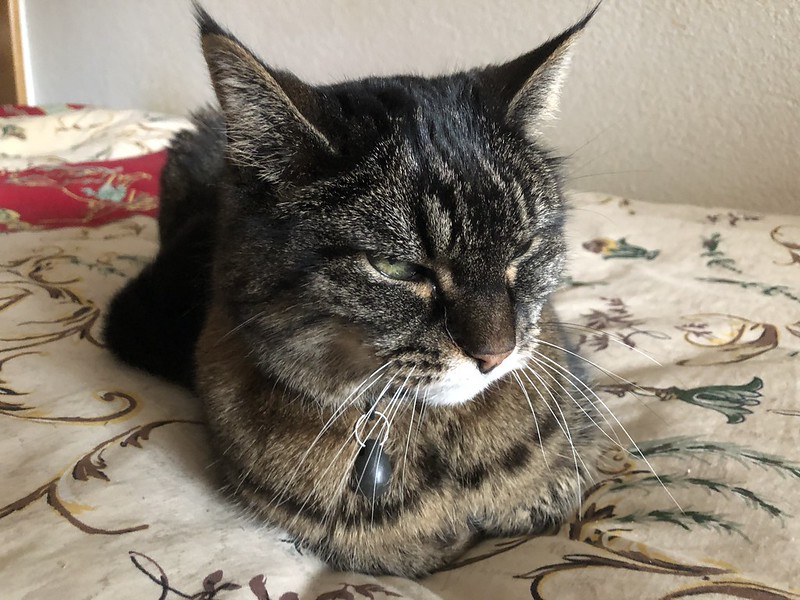 It was a dark, dim night when Tabby took a walk
She turned her head and then began to stalk
There was movement in the grass, to the left of her paw
She protruded with the claws and then began to roar
“What is all this noise” said the owl to the bat
“It is Tabby the brave, she is acting like a cat”
It was then that saw it, it really looked quite slim
She had to focus her eyes because the light was so dim
There were felines with red eyes, it really was no joke
She meowed for human help, but then she suddenly awoke
She had made a big mistake, she forgot to have some care
It was then that she realised the reason for the meowmare
Everything was fine,  and then she made her wish
After the midnight hour she no longer ate tuna fish