When was the last time you really wanted (or needed) to purr something, but kept quiet? Write a post about what you should’ve said. 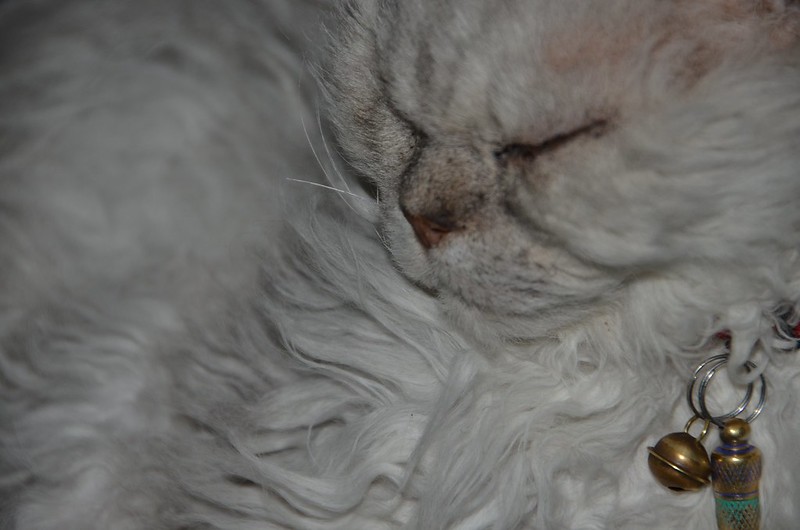 “Tabby did you say something?”

“I was expressing myself, I have to let it out sometimes. I just cannot keep it purred up all the time. And now I feel better. You should try it as well Fluffy.”

“Err Fluffy, I think you might be overdoing it. The felines in the village are all joining in.”

“I was expressing an urge Tabby.”

“That was more than an urge, it sounded like a triumphal feline territorial conflict.”

“Do you think that Mrs. Human heard me?”

“Definitely, I can hear her complaining already.”

“Fluffy what was that noise? Did you have an accident?”

“No Mrs. Human, Fluffy was just having a furball moment.”

“It sounded more like she was on the feline war path.”

“No, Mrs. Human, everything is OK. Tabby said I should express myself. It would be psychologically beneficial to my internal piece of mind. It would be calming.”

“Fluffy, don’t blame it on me. I only did a soft purr and meow, you turned up the volume full whisker power.”

“Listen felines, I do not know who started this meowing match, but it is now time to calm down.”

“No problem Mrs. Human – Fluffy let’s sleep, but no snoring.”

“How do you know when you are sleeping.”

“Felines, sleep now, we can discuss that later, you have made enough noise.”