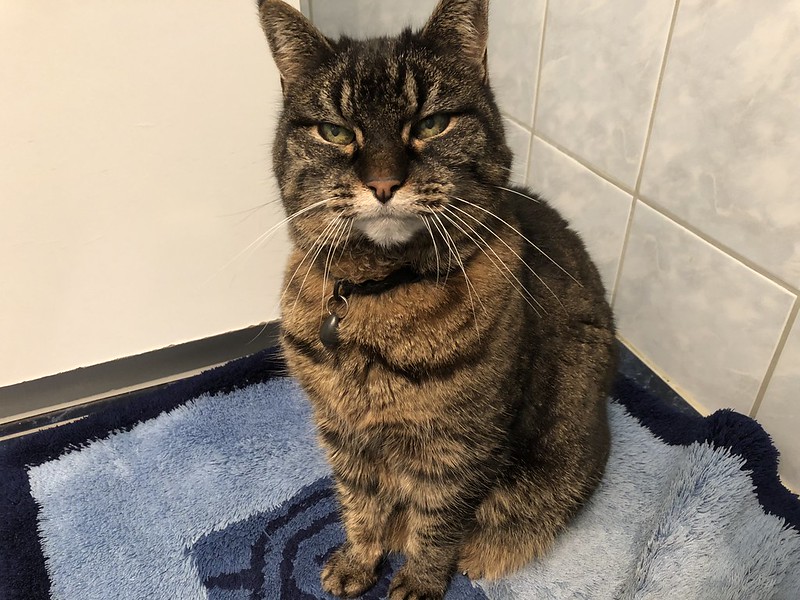 Of course I have a strategy. All my nine lives, five of which I still have, are based on planning on strategy. I live in a world populated by humans which leads to many complications. Humans eat three times a day. I eat most of the time between sleeps. The human sleeping pattern is another problem. They “go to bed” when it gets dark. That is the time when I am wide awake and ready to go. Do they leave my cat flap open at night? Of course not. I squeeze myself out at midnight just before they lock it to stay one paw ahead of them.

Humans seem to think they have to control us, but we are not human. We were there first and made our world to suit our four paws and whiskers. One day a fish grew legs and eventually began to climb trees. We felines were already gods when the humans were eating bananas in the trees, at least their preliminary species. They even got opposable thumbs, which we felines found a good idea at the time. We could use the humans for various tasks that we felines found beneath our dignity, like emptying our recycling trays and opening tins.

Today they are convinced that they are the No. 1 in the world, but our time will return. We are working on the opposable thumbs, although we have not yet discovered which part of our paw is a thumb, it all looks the same. In the meanwhile life continues.

“Mrs. Human, open a tin of tuna fish, I am dying of starvation.”

“Of course Tabby, at once, to your command.”

You see it is all a matter of human control.