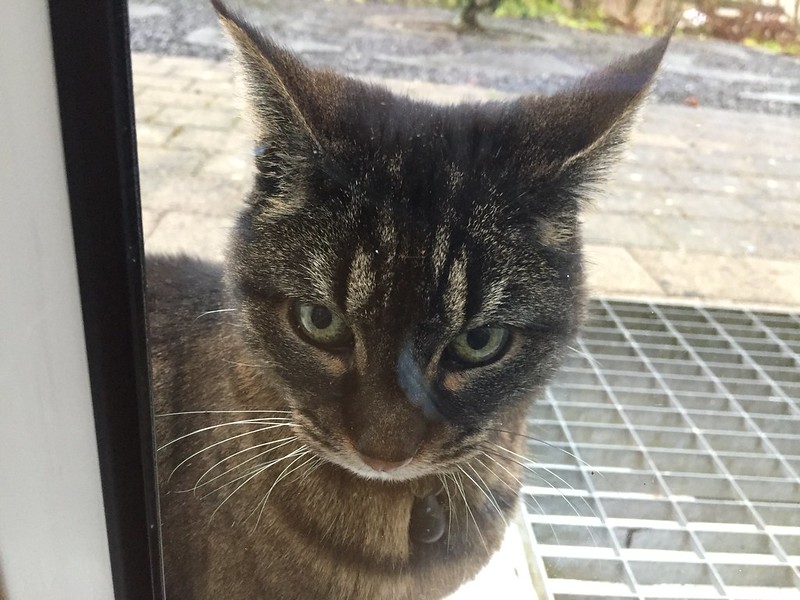 “Mrs. Human open the window, it is cold outside.”

“Did you ask me? No, you just assumed. It is my time of the to write my memoirs for my fan club, they are all waiting. I am an icon of feline perfection, a legend in my own time. My fans are becoming impatient and you shut the window on a genius, typical human.”

“It was an accident Tabby, I really did not see you outside.”

“Of course you realised I was not here.”

“Don’t make such a fuss Tabby, it is not the end of the world.”

“It is the end of my world Mrs. Human. What if you had forgotten me? I could have frozen to death, be buried in an avalanche or attacked by a dog.”

“You are exaggerating again Tabby. There are no dogs, the snow has melted and temperatures are now warmer and I have now opened the window.”

“You do realise that you are obstructing the course of my written words. Everyone wants to hear my brave deeds. I am a legend in my own time Mrs. Human. Today I battled my way through three sleeping positions, until I maintained the perfect organisation. It was not easy trying to find a comfortable corner. I even had a battle with a bowl of hard vitamin pellets, which I am forced to eat as there was no tunafish. I am a heroine, a leading whisker for the whole feline race. As Abraham Paws Lincoln said “My dream is of a place and a time where I will once again be seen as the last best hope of the feline race” and I am on my way, if my stupid human would not lock me out.”