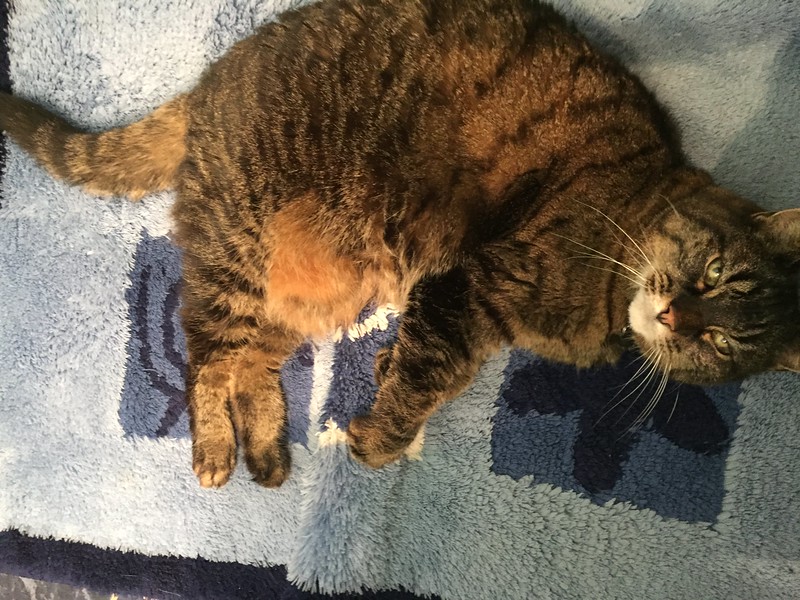 I had to alter the title for this prompt to suit the subject. I really do not wish to seem full of my own importance but let’s face it dogs, we do have a more superior thought process. In the beginning when we arrived on this planet, we saw that the humans were still sitting in trees munching on their bananas.  We noticed that they did have a certain gift that would be useful, known as opposable thumbs.

Of couse we at once began to explore if this could be something we felines could use. Unfortuantely our experts said it was something to do with evolution, but we should train the humans to use their opposable thumbs for the good of the feline nation. We showed them how to build statues in our honour and they were thankful for the good work we did to rid their corn chambers of the mice.

However as time progressed the humans developed something called brain. The feline brain was already perfected and so the humans decided to copy us, but it was really only a cheap copy. Eventually they developed the mousetrap and we felines were no longer needed. For a while we used our mystic powers to accompany the human species of witch, but this was one of our lesser good ideas. We could not resist turning the milk sour and the smell of singed whiskers was in the air.

And so it came to pass that we felines were found to be unneccesary. However in the meawhile we discovered that “pet” was a good life. We settled in nicely, were fed, given tummy tickles and even no longer had to remove our recycling matter. Yes, humans have their use now and again.

Of course we never fogot that we are the real masters and now and again our great leader pays us a visit from the mother planet to upgrade our education. You have never completed the learning process.. Yes, one day the humans will be eating vitamin pellets and we will be opening the tuna fish tins. In the meanwhile we can wait, the process of evolution never stops, and there are even felines now born with an extra claw on their paw. One day this will become an opposable thumb.