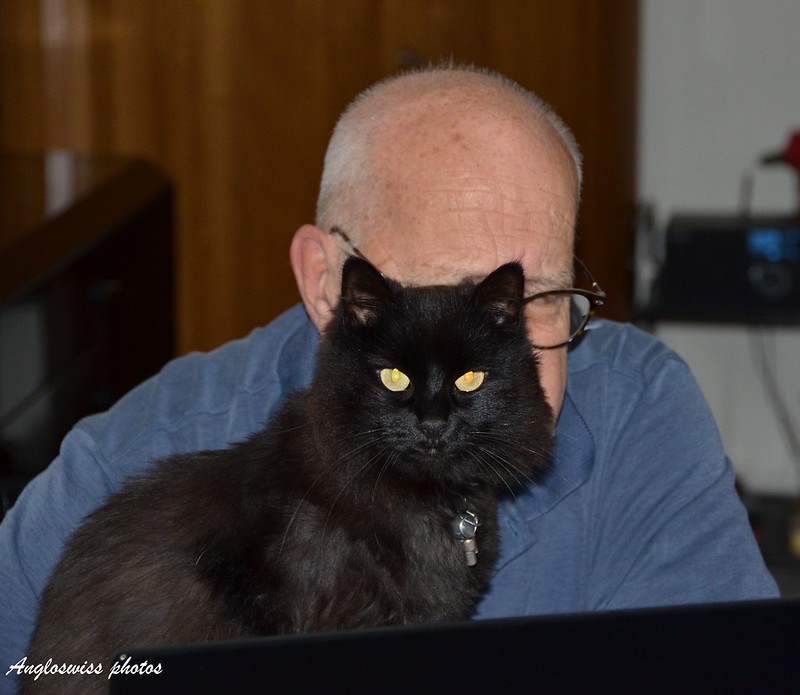 This is Nera my litter sister, putting herself in the picture again. She was always the first, she was the boss, being the first one to appear. I was supposed to be the first one to arrive, but just as the exhaustions of pushing were nearly finished, she pushed us all to one side and was the firstborn. There were four of us, but we we were all different colours. Yes on that memorable evening on the rooftop mum had been dealing in catnip and tried it all. I somehow have a feeling that Nera’s dad was not Tabby’s dad, but mum was never one to have any regrets in life.

Nera was my fate, where she went I went as well and Mrs. Human was influenced in being adopted by Nera and myself. I remember the first time Mrs. Human used that monster machine called vacuum cleaner. Nera was the first to sqeeze behind the cupboard in the corner and I followed her. I seemed to spend my meow life following her. We shared everything, although sharing was not exactly Nera’s philosophy. She just tossed me the leftovers of the mice she couldn’t manage. She was also the first to try the tuna fish, although Mrs. Human did prepare two dishes, one for each of us. Nera tried both and chose the dish that I could have afterwards.

If danger was approaching from another feline she would hiss and disappear, leaving me on my own to fight it out. I would be hard on her paws afterwards for the cat flap. She had the first choice of sleeping quarters and her favourite game was playing with green beans. Of course they were not beans, but bean soldiers. She would kill them all by trapping them between her paw and the table leg. 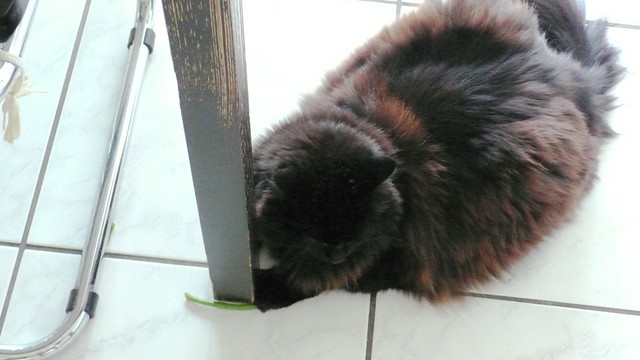 Yes we fought many battles together until the day she got her 10th life in the eternal corn chambers. Now and again she still returns to see how I am managing on my own. Actually I am managing very well without my sister, who was not fat but fluffy. I do not tell her, do not want to hurt her feelings.