Have you ever managed to paint yourself into the proverbial corner because of your words? What did you do while waiting for them “to dry”? 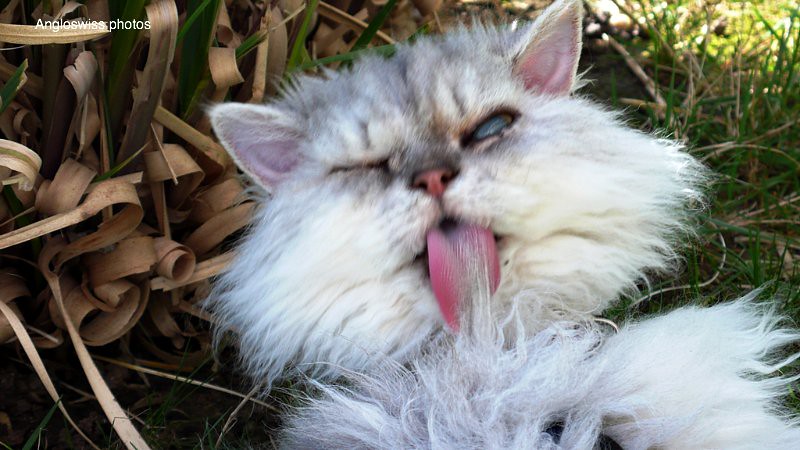 “Fluffy what is the matter, do you have a problem?”

“I was just trying to attract attention Mrs. Human. There is no-one here to talk to.”

“Fluffy it is 6 o’clock in the morning. Of course there is no-one here. Tabby is still sleeping, and so was I until you began your morning revival session.”

“But I am bored Mrs. Human. I want some amusement, something to pass the time. Come and play with me.”

“No, Fluffy, I do not feel like playing so early in the morning.”

“Then let me out. I can have a conversation with the birds.”

“Since when do felines converse with birds. I thought you viewed them as a source of food.”

“We do, but it is too early to think about crunching bones. I could practice jumping up the bird house to see what they are doing. Perhaps there is a blackbird pecking around on the ground. I promise to behave Mrs. Human.”

“I thought the word behave did not exist in Meow.”

“It is according to the situation. MEOW, MEOW.”

“Fluffy that is enough, the birds have now flown away frightened by your decibels so there is no point that I let you out.”

“What is the noise. Fluffy can you meow in a modest way, that is far too loud. You woke me up and I was having such a lovely dream. I was swimming in a pool full of tuna fish. I was just about to sink my fangs into one and you frightened them all away with the noise. Mrs. Human give Fluffy some catnip to play with, to sooth his nerves and you can give me some as well so that I can continue my feline sleep.”

“You see Fluffy you even woke Tabby with your serenade. I just do not see the point of all this loud meowing so early in the morning. Go back to sleep. Fluffy, Fluffy, FLUFFY”

And there he was, curled up and sleeping on his cushion without a care in the world. Felines!!!!