Who’s your hero? Tell us a story about why that person plays such an important role in your life.

My felines are my heroes. 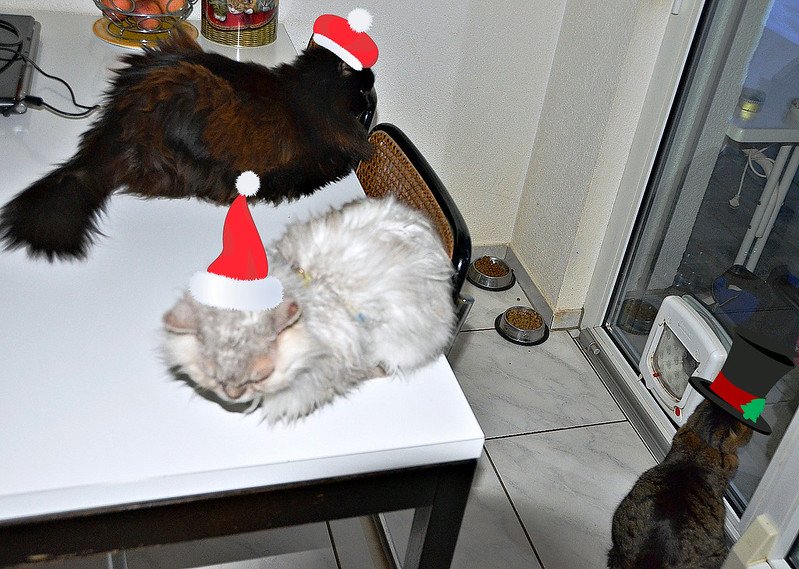 And over the roofs they fly. Yes, this evening is Catmas Eve and my two felines have been honoured as the felines pulling Santa Cat’s sleigh, so they are not here to annoy me with their logical feline discussions which make me wonder if being a member of the human race is something superior. If you tell a feline to do something, they do not answer. They think about it and take a message, and if you are lucky they will report back with a reply, but mainly an explanation why it was a stupid question in the first place.

Yes, this afternoon a small feline dressed in a pointed hat and wearing a Christmas outfit in red, trimmed with white fur, scratched at the window. Fluffy and Tabby were immediately awake. They had been waiting for this call, this year they were among the chosen felines. Not only do they have the honour of pulling the sleigh, but at every house they visit the felines leave a dish of tuna and a bowl of fresh water to help them on their way.

It is now midnight and i expect them again soon. They told me not to bother with their food this evening.

Daily Prompt: My Hero – in a feline way