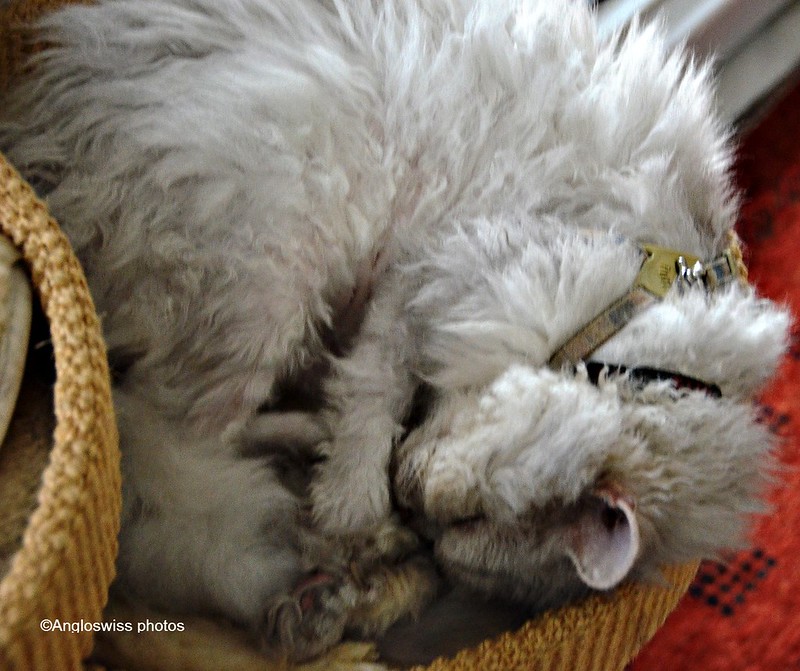 “Fluffy, are you dreaming?”

“Mrs. Human we felines do not dream, we have true-life experiences.”

“But you were making some strange noises in your sleep.”

“I was being chased by the tuna monster.”

“The tuna monster, he was after me. I think I ate too much this evening before have a pre-sleep lick. He was chasing me and snapping with his sharp shark-like teeth. He said he was going to eat me out of revenge for all the harmless sweet little tuna fish I had been eating.”

“He let me go after I promised I would never ever eat a tin of tuna fish again.”

“Fluffy, does that mean that I now only have to serve one dish of tuna for Tabby?”

“Don’t be silly Mrs. Human, of course not, it was only a dream.”

“I thought it was a true life experience.”

“Forget it, that is what the feline mothers tell their kittens as good night stories. I am now a grown up feline.”

“But you told me you don’t dream but have true life experiences.”

“Exactly Mrs. Human, we keep such stories for the subordinate of the species.”